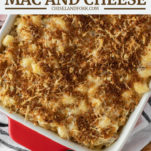 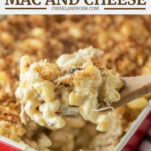 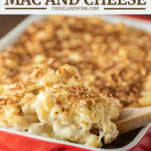 If you're a fan of gouda and bacon, then this smoked gouda bacon mac and cheese is what you're looking for. I mean I really shouldn't even ask who is a fan of bacon, because who isn't? It really adds a depth of flavor with this gouda mac and cheese, which makes it hard to beat. 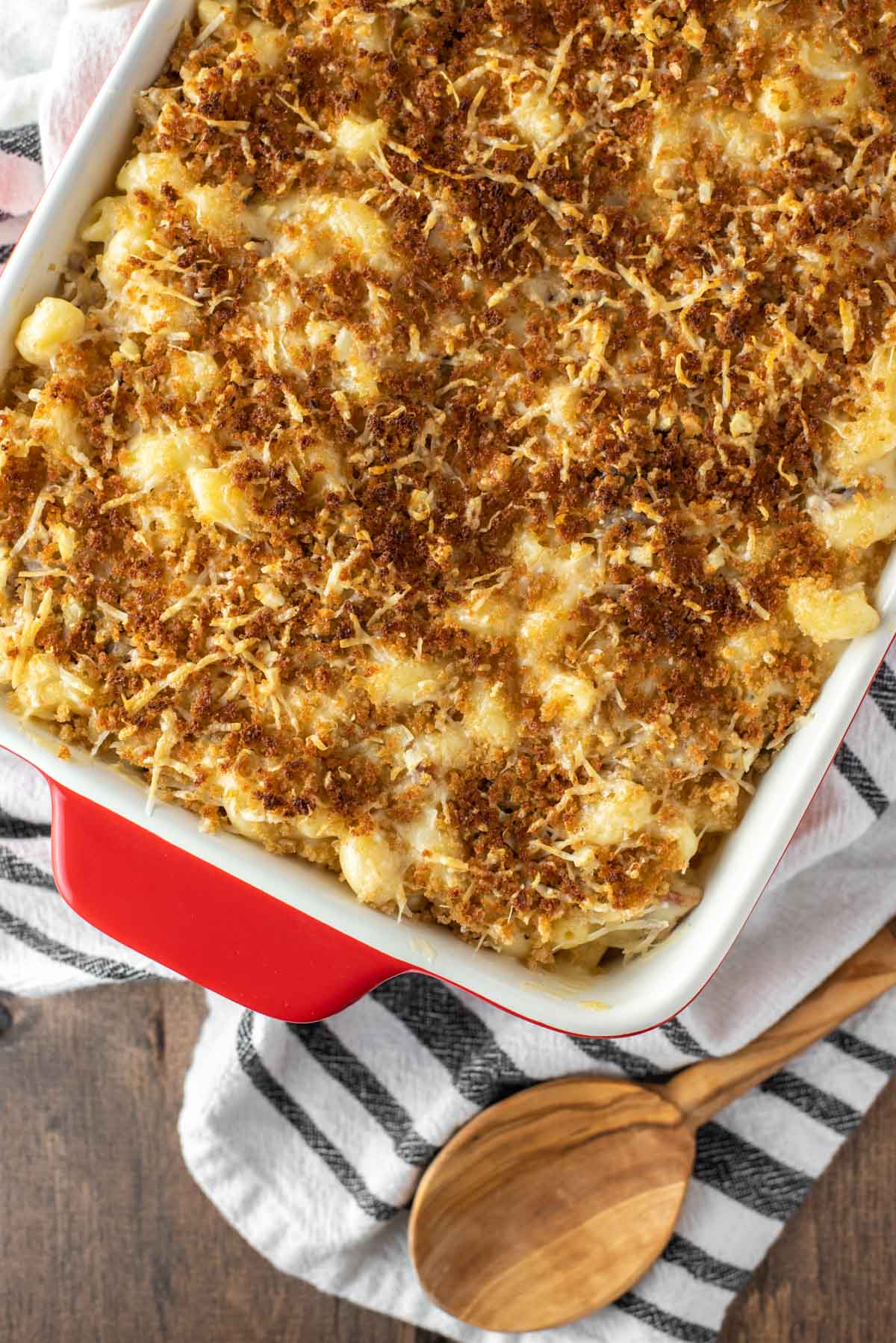 So Thanksgiving is just around the corner. Every family has their traditional sides and for my family, you can never have Thanksgiving without mac and cheese. It's almost more important than the turkey! While I usually just make my baked cheddar mac and cheese, I thought this year I might change it up and make a baked mac and cheese with bacon.

How did I come about this gouda mac and cheese you might ask? Well my best friend, Chris, visited me a few years ago in Portland. The first night he was visiting, I decided to make a beer can chicken and some smoked gouda bacon mac and cheese. Now the beer can chicken did not turn out but that's a story for another time, but the smoked gouda mac and cheese was outstanding! It was so good, that when Chris visited a couple of months ago, he asked if I could make it again.

Never one to turn down mac and cheese, I didn't hesitate. The problem was I hadn't written down the recipe I made back then so I did my best to recreate it. Luckily for us, I think it turned out even better! So if you're looking for a great side for Thanksgiving or just love some bacon mac and cheese, this one just might be what you're looking for! 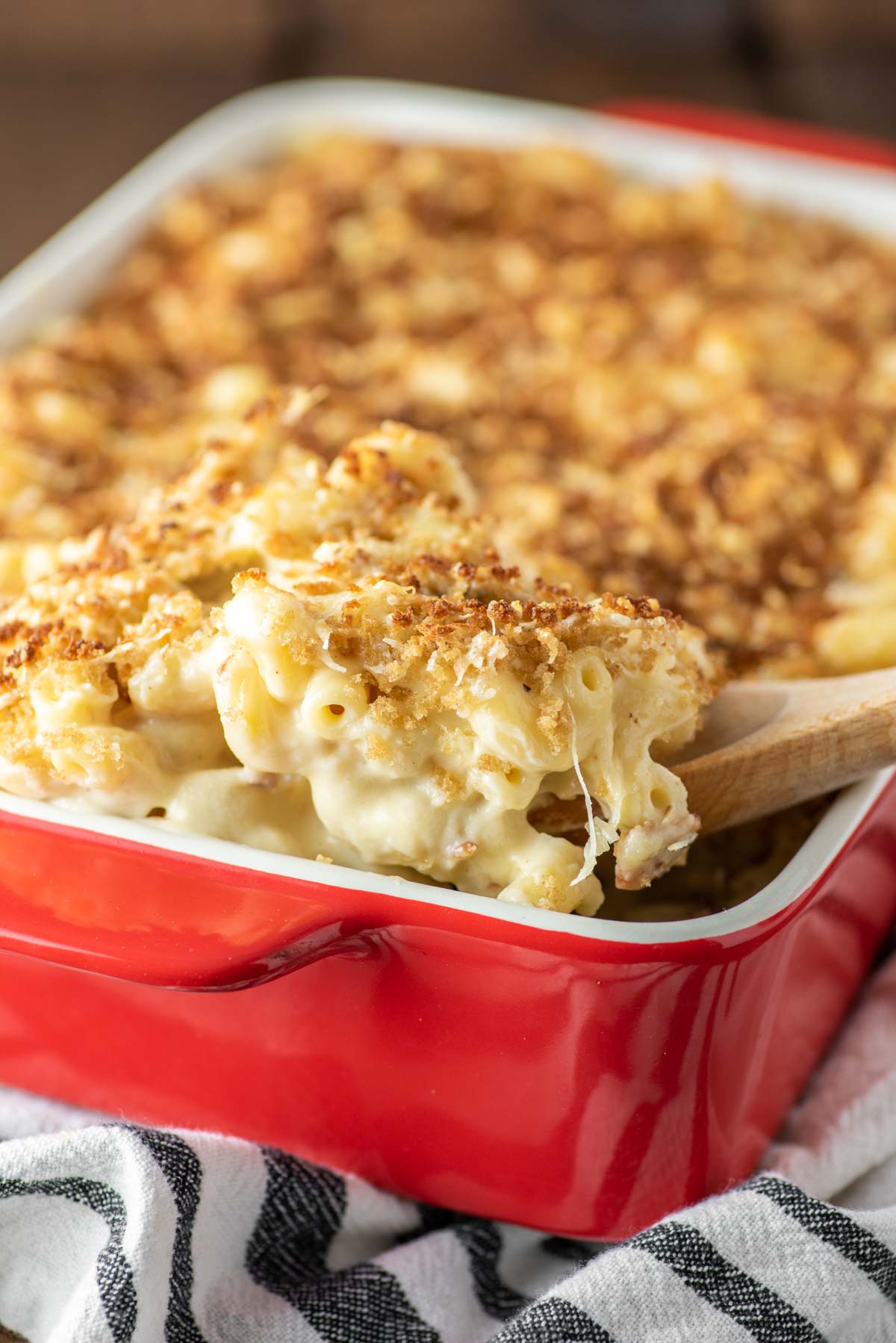 What Ingredients are in this Smoked Gouda Bacon Mac and Cheese?

How to Make Baked Mac and Cheese? 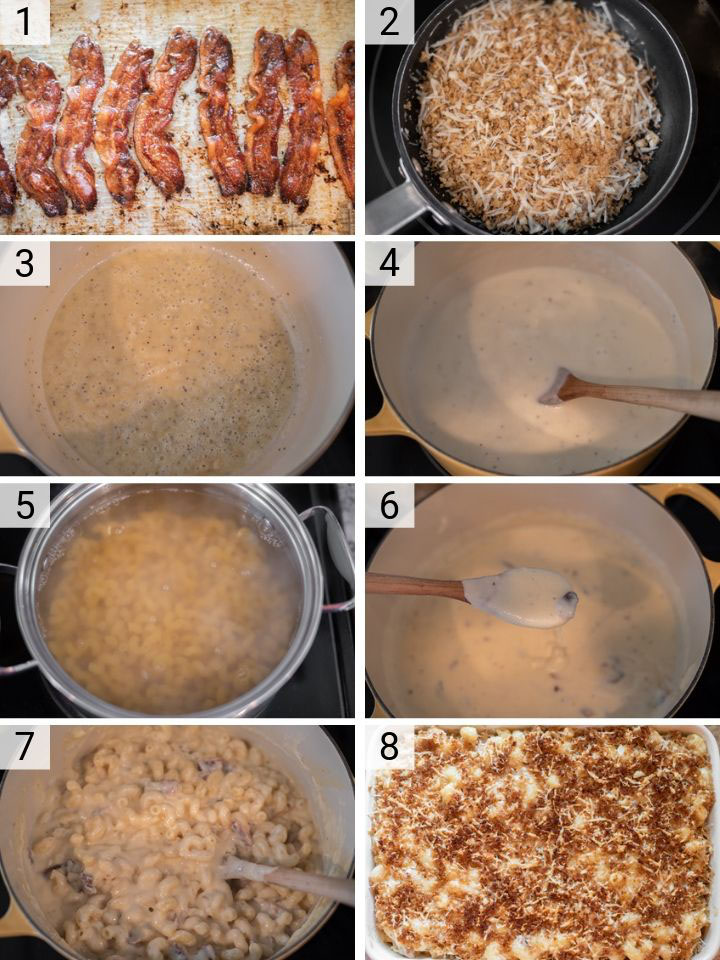 Do I Have to Use Cheddar Cheese as Well?

No. I just like the combination of the gouda with the cheddar cheese. I think it compliments it perfectly but if you want straight gouda cheese, that won't be a problem. 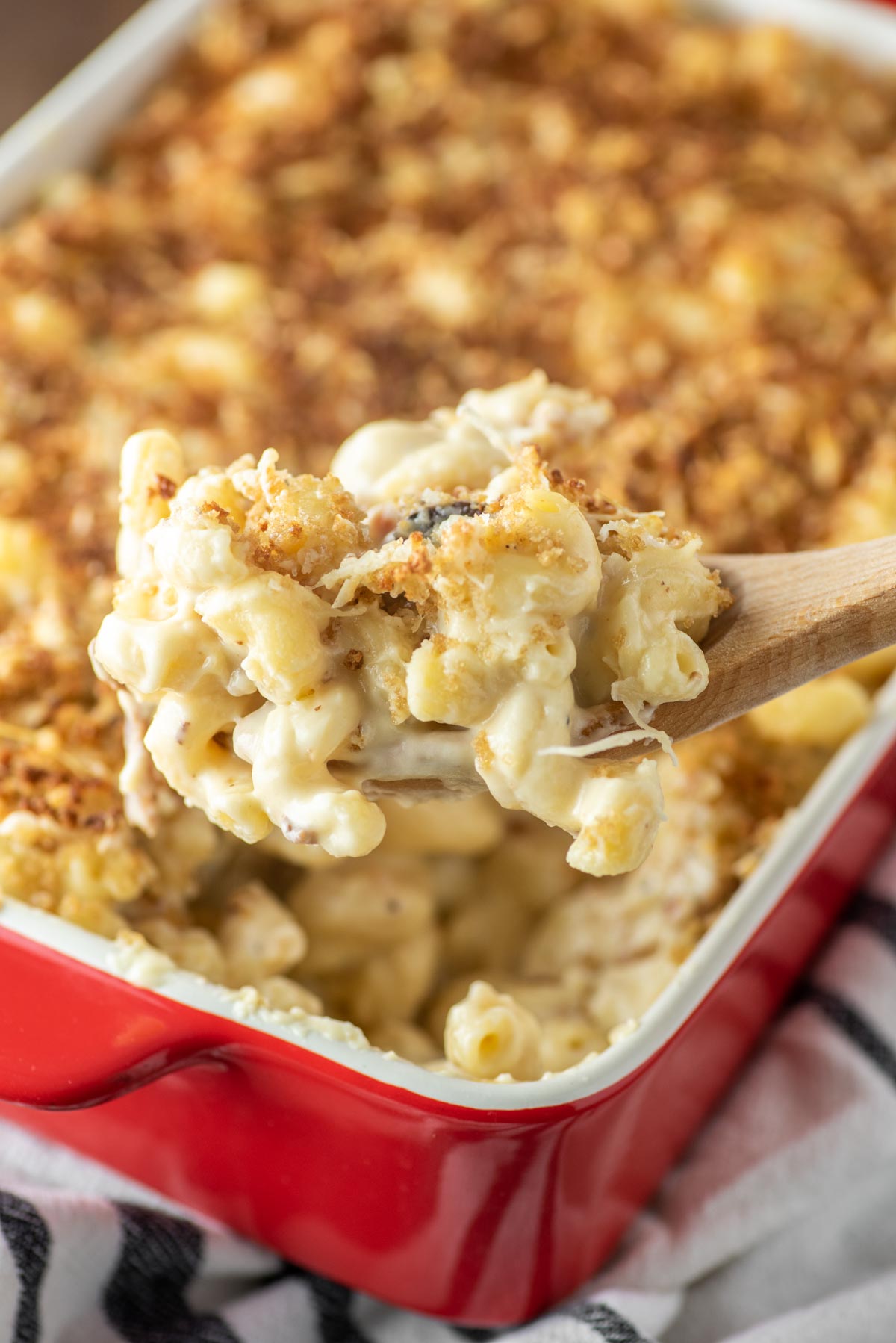 Other Mac and Cheese Recipes 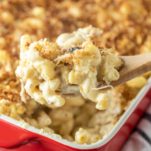